FDI: screening on the grounds of security or public order in Slovenia 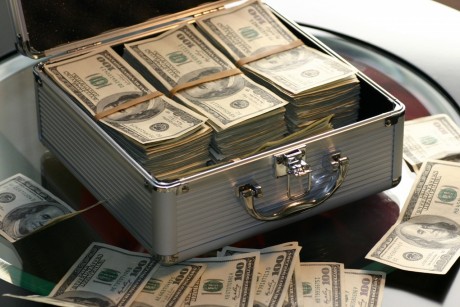 In the light of the FDI Screening Regulation, the Slovenian National Assembly recently enacted the Act Determining the Intervention Measures to Mitigate and Remedy the Consequences of the COVID-19 Epidemic (hereinafter: “the ZIUOOPE”)[1], which laid down some rules on foreign direct investments in Slovenia. The ZIUOOPE entered into force on the 31 May 2020. The provisions on the screening of foreign direct investment currently apply until the 30 June 2023.

“Foreign investor” means a natural person or an undertaking of a Member State, European Economic Area (EEA), Swiss Confederation or third country, intending to make or having made a foreign direct investment in the Republic of Slovenia.

Notification of the foreign direct investments

A foreign investor or target company or an acquired company must notify a foreign direct investment to the Ministry of Economic Development and Technology (hereinafter: the Ministry) no later than 15 days after the conclusion of the merger agreement or from the publication of the takeover bid, or 15 days from the establishment of the company in Slovenia, or 15 days from the conclusion of the contract by which the foreign investor or his subsidiary in Slovenia acquired the right to dispose of land and real estate.

According to the ZIUOOPE, fine for breach of the notification obligation can reach 250,000 EUR for small companies or even 500,000 EUR for medium and large companies. The fine for sole proprietors or individuals who independently perform an activity is set at a maximum of 150,000 EUR, and for individuals at 5,000 EUR. The responsible person of the legal entity shall be fined a maximum of 10,000 EUR.

The ZIUOOPE imposes the obligation to notify foreign direct investment in the field of the following activities:

(a)    critical infrastructure, whether physical or virtual, including energy, transport, water, health, communications, media, data processing or storage, aerospace, defence, electoral or financial infrastructure, and sensitive facilities, as well as land and real estate crucial for the use of such infrastructure;

(c)     supply of critical inputs, including energy or raw materials, as well as food security and medical and protection equipment;

(d)    access to sensitive information, including personal data, or the ability to control such information; or

(e)    the freedom and pluralism of the media;

(f)      projects or programs in the interest of the European Union as defined in Annex I to the FDI Screening Regulation.

The screening of foreign direct investment will be performed by commission appointed by the minister responsible for the economy.

The commission will have a minimum of 3 and a maximum of 10 members. The chairman and two members are appointed to screen individual foreign direct investment from among the employees of the Ministry, while other members are appointed from among employees of other state bodies, bodies of self-governing local communities and holders of public authority and other legal entities under public and private law.

In conducting the procedure of screening of foreign direct investment, the commission may invite a foreign investor to provide an explanation or additional explanation in writing or orally and submit appropriate evidence.

Before the start of an individual screening of foreign direct investment, the chairman and members of the commission must submit a written statement of non-affiliation with the foreign investor and the target company or acquiring company, and a statement that they will protect all information, facts and circumstances that they become aware of in the performance of the commission's tasks.

The commission must complete its work by preparing an opinion on whether foreign direct investment will be approved, determine the conditions for its implementation, prohibit or cancel if it endangers security or public order of the Republic of Slovenia. The commission must submit its opinion to the Minister.

The Ministry will issue a decision no later than 2 months from the notification of the foreign direct investment. The Government of the Republic of Slovenia will decide on an appeal against a decision of the Ministry. The provisions of the law governing the general administrative procedure will apply mutatis mutandis to the notification and screening procedure.

[1] See also European Commission's document: Guidance to the Member States concerning foreign direct investment and free movement of capital from third countries, and the protection of Europe’s strategic assets, ahead of the application of Regulation (EU) 2019/452 (FDI Screening Regulation), available at: https://trade.ec.europa.eu/doclib/docs/2020/march/tradoc_158676.pdf